EXTENDED ABSTRACT
INTRODUCTION
In the oil market, the price of oil depends on the international supply and demand of oil. In general, the factors affecting the price of oil can be divided into two main groups: fundamental factors and non-fundamental factors. Oil has both physical and commodity aspects as well as assets. Changes in fundamental and non-fundamental factors lead to changes in oil prices. Supply and demand are among the fundamental factors and risks and uncertainties, psychological, political and geopolitical factors, stock exchange and speculation activities in oil financial markets, etc., which cause sudden changes in oil prices are among the non-fundamental factors. One of the signs of the existence of uncertainty in an economic system is high fluctuation in economic variables. The interaction between oil performance and macroeconomics has long attracted attention in the economic literature. Attention to this issue dates back to the 1970s. The 1970s and early 1980s were marked by sharp jumps in oil prices. Adverse oil supply shocks are often considered the main source of macroeconomic fluctuations and stagflation in that period (Blinder & Rudd, 2008).
The present study differs from other studies in two ways compared to other studies. In internal studies, uncertainty related to variables is mainly measured through the conditional heterogeneous variance pattern. While the data is an indicator of uncertainty in this study based on the method of Baker et al. (2016) and based on the media.When analyzing economic phenomena in a regression framework, economic theory seldom provides distinct information about the functional form of the relationship between the dependent variable and its independent variables. The simple properties of regression functions – such as models that are linear in parameters – are widely used in experimental applications, as they facilitate both econometric estimation and the economic interpretation of estimated regression parameters. However, the assumption about the functional form of the regression function leads to an error of incorrect parameter specification, which can lead to incorrect economic results and recommendations.In recent years, the rapidly growing literature on nonparametric econometric methods is a solution to the problems of parametric specification error in econometric regression model. Nonparametric regression methods do not require the researcher to assume and determine a functional form for the relationship between explanatory variables and dependent variables. Thus, the functional form is determined by the data instead of the researcher making arbitrary decisions. In this aspect, the present study is different from other studies.Therefore, in the present study, considering the role and importance of OPEC in the oil supply and demand and oil prices and its effect on the growth and production of wealth in the world, factors affecting the determination of OPEC oil prices with emphasis on economic policy uncertainty as a representative of non-fundamental factors affecting oil prices, are investigated for a selection of OPEC member countries from 2003-2017 using non-parametric regression.

METHODOLOGY
The methodology must be clearly stated and described in sufficient detail or with sufficient references. The author should concisely summarize the research framework, and the research methods applied in the study. The summary should include the identification of valid data sources used in the research.
The statistical population in this study is OPEC member countries and the data consist of 6 cross sections between the years 2003-2017. The data were extracted from World Bank reports, the OPEC Database[1], the Economic Policy Uncertainty Database[2], and the World Bank Database[3], and OECD website[4].
The variables of the OPEC real oil price model are dependent variables and independent variables include uncertainty of economic policy, industry value added index, real interest rate index, oil rents, renewable energy and oil price expectations.

FINDINGS
By using the kernel regression: local linear estimator, the extent and direction of the effect of global economic policy uncertainty on oil prices is estimated. The table of meanings of the studied variables is given in Appendix One. The results show that the alternative energy index and the interest rate index are fixed with a durable interruption. Also, according to the diagram shown in Appendix 2, in most of the countries studied, the value added index of the industrial sector, affects the real price of oil by interruption.
In this section, using the findings of kernel regression: local linear estimator in Stata software, the research hypotheses are examined as follows:
Uncertainty in global economic policy has a positive and significant effect on oil prices.
Among the influential factors in oil prices, economic policy uncertainty has the greatest effect.


Based on the table1, the results show that there is a positive and significant relationship between oil prices and economic policy uncertainty. In terms of the effect on oil prices, the Alternative Energy at -1.2, the Oil Price Expectations at 0.42 and then the Economic Policy Uncertainty at 0.35 have the most effect, respectively.
According to the findings, it can be concluded that for one percent change in the economic policy uncertainty index, the variable of oil price will change by 0.35 percent. For one unit change in the oil price expectations index, oil prices increase by 42%. Real interest rate with a period of 0.03 percent reduces the real price of OPEC oil; For one unit change in the oil rent index, OPEC oil price increases by 2 percent, the value added of the industrial sector with a lag increases to the rate of 1.6 percent of the price of oil; the index of alternative and new energies with a lag leads to a decrease in oil prices by 12 percent.

CONCLUSION
The present study aims to investigate the effect of economic policy uncertainty on oil prices in selected OPEC countries. In determining the price of oil, fundamental factors including factors related to oil supply and demand and non-fundamental factors including financial market conditions, speculation and geopolitics are effective. Given that the countries under study are selected from OPEC and the production and sales quotas are determined by OPEC, factors such as the value added of the industrial sector in each country, alternative energy sources, oil rents and oil price expectations are among the fundamental factors and the US Federal Reserve real interest rate and economic policy uncertainty are among the non-fundamental factors. Estimation of the model by nonparametric method shows that renewable energy has the greatest effect on oil prices, so that as the quota of renewable energy in energy supply increases, OPEC oil prices will fall due to declining demand. The added value of the industrial sector has a positive and significant effect on oil prices. Because with the increase of industrial activities, the demand for oil has increased and this will lead to an increase in oil prices. Oil rents have a positive and significant effect on oil prices as the difference between income from oil sales and oil extraction costs. Considering that the income from oil sales due to the determination of oil production and sales quotas as well as oil prices in OPEC member countries, by reducing oil extraction costs, in fact, the profitability of the oil industry has increased and through increasing oil speculation, its prices increases. Oil price expectations, like market expectations for any commodity, affect prices. Expectations of rising oil prices will lead to higher oil prices due to increased precautionary oil demand. According to the research findings, an increase in the Federal Reserve real interest rate will lead to a decrease in oil prices. On the one hand, raising interest rates increases the cost of maintaining oil on board, and on the other hand, it reduces the net present value of future profits, thus increasing oil supply. Rising interest rates on the Federal Reserve will reduce the price of savings bonds, treasury bills and stocks. Thus, the profitability of speculative activities in the savings bond market leads to the transfer of cash flow from commodity exchanges such as oil and its derivatives and agricultural products to the savings bond and treasury markets. As a result, oil prices fall. The emergence and spread of economic policy uncertainty will lead to higher oil prices. Since oil has assets in addition to physical and commodity aspects, with the increase of economic policy uncertainty, the possibility of restricting the future supply of oil, as well as increasing precautionary demand and speculation of oil, increases the price of oil. Therefore, the unique situation of OPEC member countries means that the uncertainty of global economic policies is not the most important factor affecting oil prices, and the development of alternative energies has a much greater effect on oil prices, and this necessitates a change in policy and precise planning in oil-rich countries to use alternative energies and produce oil products instead of selling crude. Although the general policies of the system in the field of energy, the diversity of energy resources and the replacement of exports of oil and gas and petrochemical products with exporting crude oil and natural gas have been emphasized, but despite the development of a national energy strategy document in the country, operational and monitoring of its realization should be prepared in a suitable time horizon. 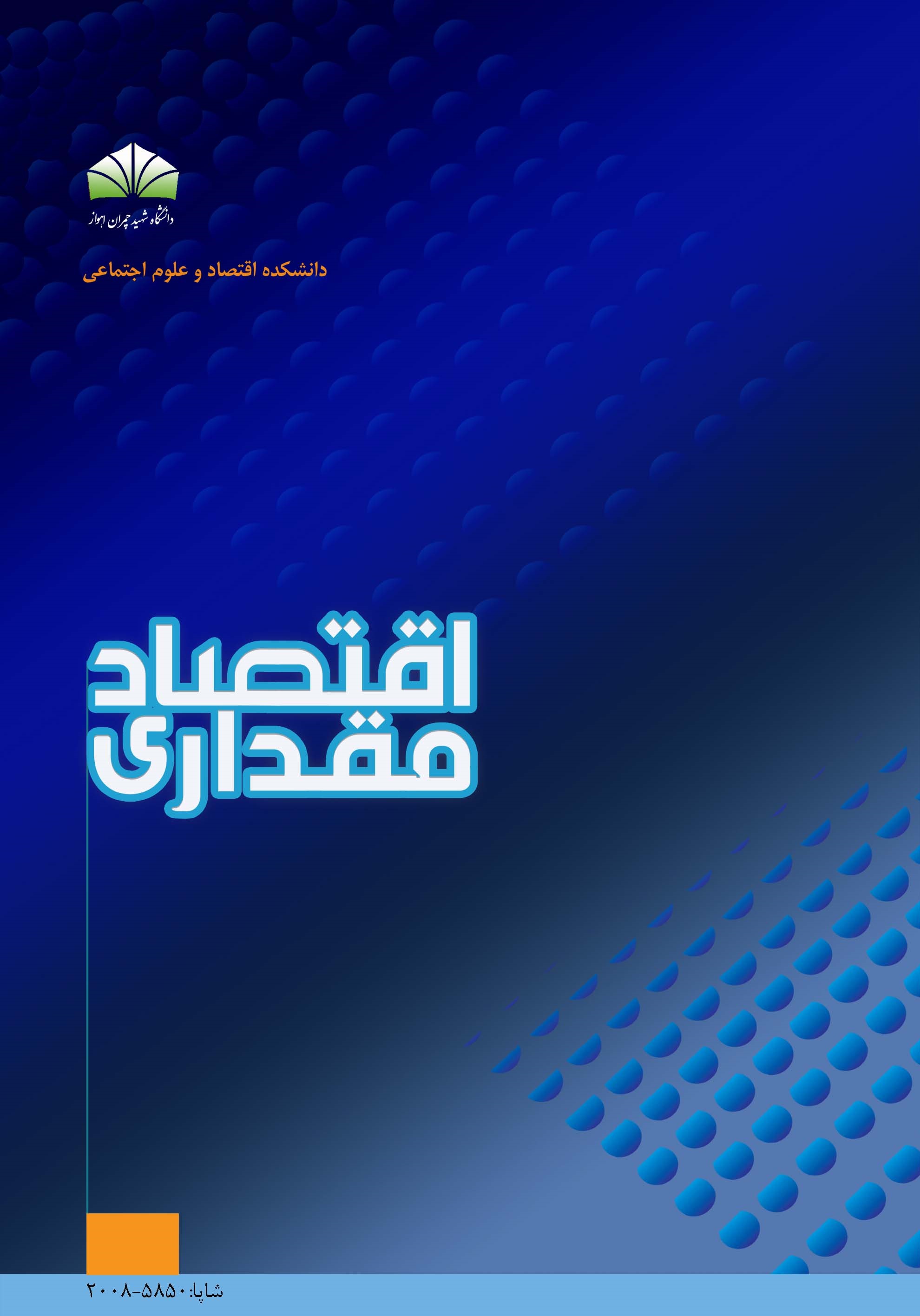